In the fall of 2012, a group of highly educated and under employed individuals realized they had far too much free time, so they started a theatre company.  What began as a group of local playwrights, later grew into a collective of theatrical designers, directors and talented performers.  The University Wits produce live theatre at Dog Story Theater in Grand Rapids, MI.  Our past productions are as follows:

The Night Before Christmas

You’re reading the official blurb, or short summary, of [title of show]. Blurb. That’s a funny word. We spent a lot of time on this blurb so please read the whole blurb. [title of show] is a musical about two nobodies named Hunter and Jeff who decide to write a completely original musical starring themselves and their attractive and talented ladyfriends, Susan and Heidi. Their musical, [title of show], gets into the New York Musical Theatre Festival, and becomes a hit. Then it gets an off-Broadway production at the Vineyard Theatre, and wins three Obie Awards! Then (drumroll if you’ve got a drum) it’s announced that their musical is going to Broadway (hooray!) and people start seeing this blurb everywhere! They read that The New York Times called [title of show]”DELECTABLE ENTERTAINMENT! A postmodern homage to the grand tradition of backstage musicals like Babes in Arms, Kiss Me, Kate and A Chorus Line.” Fully intrigued, those people snatch up tickets and help make Hunter and Jeff’s life-long dream come true!

The play concerns Catherine and her struggle with mathematical genius and mental illness of her father Robert. Catherine’s life has been placed on hold as she cares for her father. An ex-graduate student Hal discovers a paradigm-shifting proof about prime numbers in Robert’s office. The title refers both to that proof and to the play’s central question: Can Catherine prove the proof’s authorship? Along with demonstrating the proof’s authenticity. Throughout, the play explores Catherine’s fear of following in her father’s footsteps, both mathematically and mentally and her desperate attempts to stay in control of what to do next as her sister Claire has separate plans. 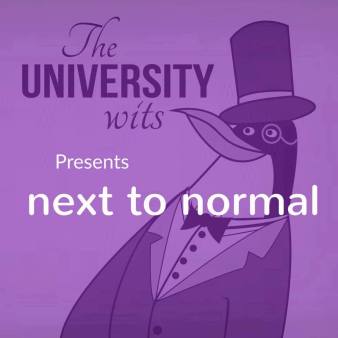 Music by Tom Kitt, book and lyrics by Brian Yorkey

Next to Normal is a Pulitzer Prize winning contemporary musical that explores how one suburban family copes with crisis. With provocative lyrics and an electrifying score of more than 30 original songs, Next to Normal shows how far two parents will go to keep themselves sane and their family’s world intact.

Noises Off by Michael Frayn

Called the funniest farce ever written, Noises Off presents a manic menagerie as a cast of itinerant actors rehearsing a flop called Nothing’s On. Doors slamming, on and offstage intrigue, and an errant herring all figure in the plot of this hilarious and classically comic play.

The Phantom of the Opera by Kyle Walker 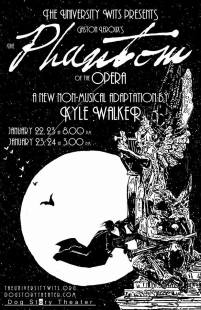 From the writer/director of The Sixth Guest and Shadows at the Sanford, comes a brand new stage adaptation of the classic novel, The Phantom of the Opera by Gaston Leroux. The tragic love story of the Opera Ghost is reimagined in this bold, new, non-musical play. Hidden secrets and forgotten truths are uncovered during a fateful meeting between Lon Chaney, the man who first created the Phantom on screen in 1925, and Gaston Leroux, the author of the famous novel. Did the Opera Ghost actually exist? What really happened to Christine Daae? Is there more to the story than the world has come to know? Discover the truth behind the fantasy, the madness beyond the music, and the man within the mask.

Harry Witherspoon never met his Uncle Anthony — well, not in this life, anyway. But when Harry discovers that his uncle left him six million dollars, he’ll do anything to get the money, no matter how grim the terms of the will. With a reserved charity worker and his deceased uncle’s deranged ex-lover close on his heals, Harry sets off to Monte Carlo to find his fortune, and maybe a little adventure along the way.Lucky Stiff is a delightful musical comedy that is guaranteed fun for all. With fast paced choreography, slapstick humor and high energy vocal performances, Lucky Stiff will take you on an exotic adventure through the south of France.

Barefoot in the Park by Neil Simon

Paul and Corie Bratter are newlyweds in every sense of the word. He’s a straight-as-an-arrow lawyer and she’s a free spirit always looking for the latest kick. Their new apartment is her most recent find-too expensive with bad plumbing and in need of a paint job. After a six day honeymoon, they get a surprise visit from Corie’s loopy mother and decide to play matchmaker during a dinner with their neighbor-in-the-attic Velasco, where everything that can go wrong, does. Paul just doesn’t understand Corie, as she sees it. He’s too staid, too boring and she just wants him to be a little more spontaneous, running “barefoot in the park” would be a start..

The Sixth Guest by Kyle Walker

November, 1968. A small dinner party of five friends is cut short when a guest is found dead. Suspicions are raised when the guests begin to sense another presence in the dining room. Perhaps something else was invited to the party. Something evil… Murder and madness take hold of the party when this evil entity begins possessing the remaining dinner guests.  It is a dark, gruesome, haunting play that delves into the very soul of fear and regret and begs the question: “Who is the Sixth Guest?” 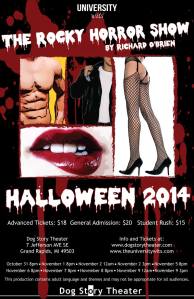 The University Wits are closing out their 2014 season with Richard O’Brien’s classic horror musical, The Rocky Horror Show.  This productions features a live band, fast paced choreography, and plenty of raunchy humor.

Richard O’Brien’s absurdist musical comedy, set in the 1950’s sexual revolution, has been an audience favorite for generations.  Filled with raunchy comedy, catchy crowd-pleasers, and an abundance of audience participation, this classic musical romp will leave audiences wanting to “The Time Warp” all over again.

In a Single Bound by Kyle Walker 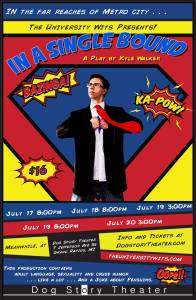 In a Single Bound by Kyle Walker, tells the story of Kent Crimson, a mild mannered salesman with a crippling lack of confidence, a terrible fear of his boss, Mr. L, and a clinging obsession with comic books.  After a romantic blunder with his long time crush, Elaine, Kent stumbles upon a red cape that provides Kent with mysterious powers.   When the last son of Krypton arrives and demands his cape back, Kent is reluctant to return the source of his newfound confidence.  This crazy, crass, comical parody and superhero spoof, explores what makes a man a Man and what makes a man a Super Man!

“In a Single Bound” – Behind the Scenes from Chris Kotcher on Vimeo.

This new drama, based on the historical affair between President John F. Kennedy and Marilyn Monroe, shows audiences some of our nation’s most iconic figures in some of their darkest moments. Love, lust, power, and beauty collide in this intense account of the secrets of our American Camelot.

Shadows at the Sanford by Kyle Walker

Shadows at the Sanford is a romantic drama set in Grand Rapids, Michigan. Alan and Eliza Callaway, a young couple, move into the historic district of the old city to start their lives together. When Eliza mysteriously disappears, Alan must set aside all logic and reason to find her. An abandoned old book, Shadows by M. M. Reeve, may be the only key to the mystery; a mystery that leads him to the timeless Sanford House and to John and Katherine Blake, the young couple that lived at the house in 1894. The only way to save Eliza is to step into the shadows of the old Victorian city and disappear into the past…

Murder at Graves End is a new comedy by Grand Rapids playwright and director, Chuck Fortenbacher. The play combines modern comedic melodrama with classic murder mystery. In a mansion in 1941, Luther Becket, eccentric millionaire, has gathered several guests for a dinner party to celebrate the success of Luther’s recent war profiteering conspiracy. Each has played an instrumental role in the plot and shall receive a small fortune for their services. When Luther is murdered at his own party, his guests must search the mansion for their money while fearing the murderer amongst them. Murder at Graves End takes the audience through a thrilling mystery with gut-wrenching comedy throughout.

The Meaning of Life

“I Went Searching for the Meaning of Life and all I got was this lousy T-Shirt…” is an original comedy by UniWits Staff Writer and Editor in Chief, Ryan McKernan. It tell the story of Arin, who has searched the world over for the “Enlightened One” to learn the true meaning of life. Once she find’s the “Enlightened One,” Kevin, it turns out that the true meaning of life is more costly to acquire than she anticipated.

Florist Friar, by guest playwright Russ Kaminski, is an original comedy that tells the story of a “mom and pop” florist shop that comes under fire when a band of friars from the local orphanage open up shop across the street using poor orphans to monopolize on the floral industry. It turns out that flowers may not be the only plant these Friars are selling. Find out what happens when the police and the mafia mix with Kranzt Plants and Florist Friars!

A Great Blaze of Light by Emily Parr 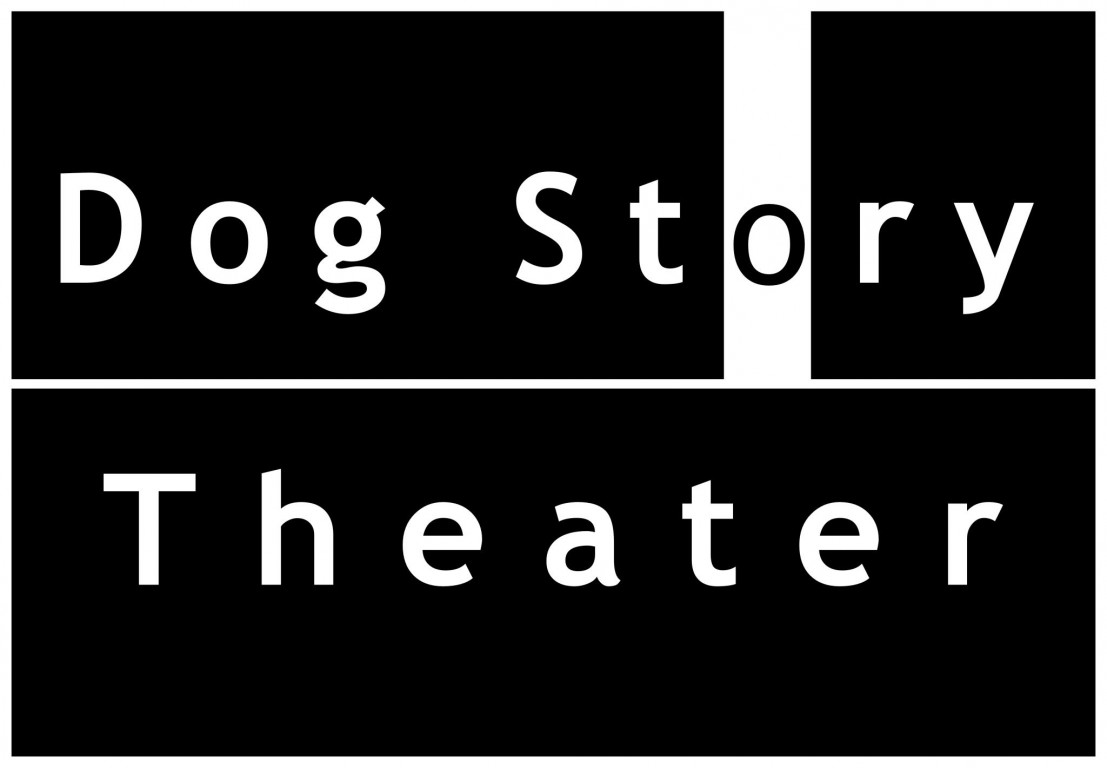